On Friday, a hotline between North and South Korea as turned on. The line connects North Korean leader Kim Jong-un to South Korea’s President Moon Jae-in. The two are expected to talk over the phone ahead of next Friday’s summit. 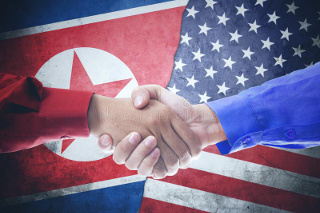 These important summits have led to numerous measures to improve relations ahead of talks. The hotline is just the latest such move, and the US is also considering opening an embassy in Pyongyang. North Korea played host to a visit by CIA Director Mike Pompeo earlier this month.

Perhaps the biggest change is in rhetoric. North Korea in particular has dialed back anti-US rhetoric significantly. On Thursday, North Korea announced that they are okay giving up nuclear weapons even with the US leaving troops in South Korea. At no point in recent history has North Korea been so open to such a dramatic deal. South Korea and the US have similarly been a lot more optimistic about deals with North Korea over the past several months, as diplomatic efforts starting around the Winter Olympics have grown.