On Tuesday, President Trump surprised many by declaring Qatar an ally in the war on terror. President Trump, after all, had for the past year backed the Saudis in their anti-Qatar measures. Now, Trump wants the Saudis to make nice. 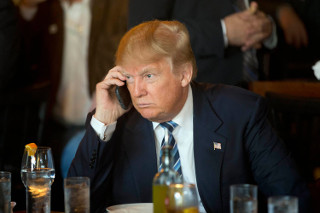 US officials are confirming President Trump called the Saudi King earlier this month and “demanded” that the kingdom and its allies in the GCC quickly resolve the ongoing Qatar dispute. Trump reportedly told the king that his position on Qatar “makes no sense.”

Last year, with Trump backing them and accusing Qatar of sponsoring terror, the Saudis imposed a region-wide blockade on Qataris, accusing them of being secretly in league with Iran. Qatar, a small but incredibly wealthy nation, replaced all GCC trade in fairly short order, and since the US is still hosting Central Command within Qatar very little really changed.

Trump’s newfound interest in getting along, which he tried to sell the Saudis on as “unity” against Iran, likely reflects his intention to use Qatar as a base for his Syria war. The Saudis, however, seem to be headed in the opposite direction.

Instead of a rapprochement, Saudi state media is pushing proposals whereby the Saudi government would hire engineers to build a canal around the whole of Qatar, turning it into an island, and then dumping nuclear waste around the border region for good measure.