The Pentagon has removed all data related to troop numbers in their assorted wars from their primary data website, as of a newly released quarterly report. This means there is no longer publicly available official data on US troop  levels in Iraq, Syria, or Afghanistan. 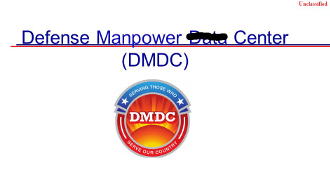 President Trump has made it a stated policy not to give up-to-date, accurate troop numbers on any of these wars. Despite this, the Defense Manpower Data Center has, through its most recent report, kept publishing figures. This data was admittedly often out of date or deliberately inaccurate, but it was an official baseline for the scope of the wars.

The Defense Manpower Data Center now has no manpower data at all. Pentagon officials say that the data is not on the new report because the policy is in the process of being updated. They did not, however, explain why they retroactively removed the troop figures from their previous two reports, from September and December.

Those reports were known to be inaccurate at any rate. The Iraq figure, for instance, remains at 5,200 whether troops are added or removed. The US is believed to have well more than 5,200 troops in Iraq, but since their deal with Iraq put the cap at that level, that’s officially how many troops are there. Any troops above and beyond the 5,200 are officially labeled “temporary” and uncounted.