Israeli airstrikes against the Syrian Tryas Military Airbase have left at least 12 people dead, and considerable damage. There are claims that fighter jets and cruise missiles were involved in the attack. 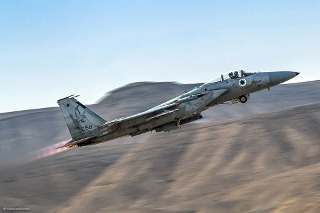 Locals reported over 20 missiles hit the site, and Syrian media initially expressed the belief that this was a US attack. The Pentagon denied involvement, however, and both US and Russian officials have since confirmed the attack was Israeli.

Israel attacks Syria often enough that this makes sense, and the fact that the attacking planes were said to have come from Lebanese airspace also suggests Israel, as that is their standard method of strikes against Syrian targets. The base attacked, indeed, was attacked by Israel just back in February.

Israel is believed to be using a Dolphin Class submarine for the missile attacks, and their usual array of warplanes for the airstrikes.  Israeli Chief Rabbi Yitzhak Yosef has said that Israel has a “moral obligation” to intervene in Syria militarily.

Israel, of course, has not confirmed being behind the attack. This is not uncommon for Israel, who has acknowledged only a tiny fraction of the myriad attacks they’ve carried out against Syria in recent years.