Former Russian spy Sergei Skripal is no longer in a critical condition and his health is improving rapidly, more than a month after he was poisoned with a nerve agent in England, the hospital treating him said on Friday.

Novichok, the much-vaunted Russian nerve agent alleged used in the Salisbury attacks, has been presented to the public over the last month as the ultimate killer. Officials predicted brain damage to those exposed to the agent, treating scores of people on even the flimsiest pretext. The New York Times went so far as to call it “The Nerve Agent Too Deadly to Use.” 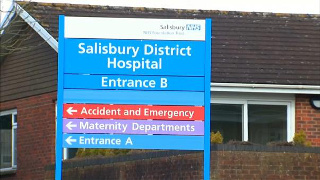 Yulia Skirpal, the daughter of the purported target, has been improving greatly and is expected to be discharged from hospital soon. Now medical officials at the hospital say that her father Sergei is also “recovering rapidly,” and is no longer in critical condition himself.

Details on Sergei Skirpal’s exact condition are still speculative, but officials are now presenting lasting effects of the incident as only a possibility, not a foregone conclusion. Given that Britain called an emergency UN Security Council meeting, complaining about a chemical weapons attack on their soil by the Russians, it’s incredible to think that not a single person died, and the worst-off of them is clearly on the mend.

This again threatens to blow a huge hole in the British narrative of what happened in Salisbury. A reckless chemical weapons attack using a highly-advanced, military-grade nerve agent, exposing hundreds, simply doesn’t seem credible anymore given the aftermath.

This is just the latest in a string of problems, starting with British scientists being unable to confirm where the substance even came from, despite the Foreign Office insisting it must’ve been Russia.

Russia looking to kill people, backlash be damned, with advanced poisons, was a compelling narrative that captured the imaginations of a lot of media outlets, which reported the British claims unquestioningly.In the end, it just doesn’t fit the facts at all, and it is preposterous for Britain to try to maintain the story any longer.