Turkey’s President Recep Tayyip Erdogan has warned the French government not to “make the same mistake” as the United States has in Syria, adding that French troops need to stay out of the city of Manbij. 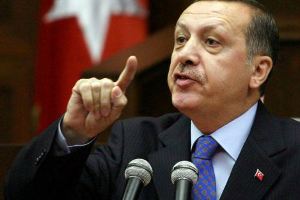 Turkey intends to attack Manbij next, and has long been mad at the US for backing the Kurdish YPG, who is considered terrorists by Turkish officials. France is backing the YPG too, and there have been some suggestions by the French government that troops might go to Manbij.

Following Turkey’s outright, however, the French have denied that there are any plans to go to Manbij. Turkish officials, however, have repeatedly played this reported plan up, and have threatened to “target” French troops in the city.

In part, this is likely intended to be a threat to US and British troops who are already in Manbij. Erdogan has promised to attack and take the Kurdish-held city, and has indicated that they will do so irrespective of who is backing the Kurds.

Turkey invaded Syria in January, targeting the Afrin District first. Erdogan has indicated that all YPG-held territory will be overrun, which is about 25% of the country. All US troops embedded in Syria are within YPG territory, which sets the stage for a confrontation.