In a speech at the UN Security Council, Russian Ambassador Vassily Nebenzia told Britain “you’ll be sorry,” over allegations that Russia was behind the Salisbury poisonings. The British government has been blaming Russia for the poisoning for a solid month now. 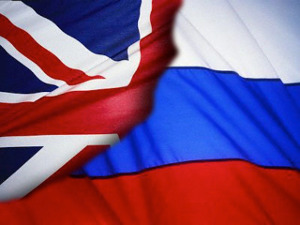 Proof has been very elusive, however, with British scientists at Porton Down admitting earlier this week that they are unable to identify where the poison came from, and would only say it was “likely” a state actor.

That’s a lot less certain that British officials have claimed to be from the start, however, and this may reflect British intelligence officials telling allies that they were certain it was Russian in origin. Their argument was centered around the fact that the Russian site which produces such agents isn’t very big, and therefore probably is for assassinations, not military use.

The argument that it could’ve conceivably been Russia, combined with lack of intelligence on it coming from anywhere else, was enough for officials to declare certitude on the matter. Then Porton Down failed to confirm it with actual tests.

Russian officials have indicated that they’ll accept the results of British testing of the agent in question. So far, those tests have failed to implicate Russia, though the OPCW is also conducting its own tests on samples from the site.

That Russia is saying they’ll accept the results suggests they are quite confident it won’t implicate them at all, which would be the case if they indeed didn’t do it, as they’ve insisted all along. Basing their allegations on flimsy supposition could find up embarrassing indeed for the British.