The US and South Korea have begun their spring wargames a bit late this year, accommodating the Winter Olympics and the Paralympics. The largest of the two nations, many annual exercises, it also tends to be the one fueling the most tensions with North Korea. 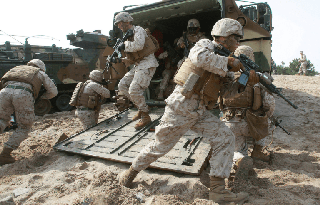 This year is different, however. Improved diplomacy has North Korea mum on the exercises this year, likely in no small part because of an upcoming summit with South Korea’s president this month, and a summit with President Trump in May.

It doesn’t hurt, of course, that the wargames themselves are only about half the length they usually are, and involve fewer US troops. In 2018, the joint exercises seem very much a formality, with everyone trying to avoid them having any higher meaning in upcoming talks.

That’s a big change from recent years, where not only were the spring exercises seen as provocative, they appeared to be deliberately so, with the US making sure each year’s operation was bigger than the previous one, and had activities very close to the border.

One thought on “North Korea Ignores US, South Korea Wargames”