US District Judge George Daniels has rejected efforts by Saudi Arabia to get lawsuits against them over 9/11 thrown out. The judge ruled that the allegations are narrow enough for there to be a reasonable basis to assert jurisdiction over the case. 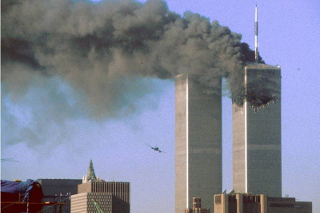 That’s because of the 2016 Justice Against Sponsors of Terrorism Act (JASTA), which expressly allowed the families of 9/11 victims to sue Saudi Arabia over its involvement in supporting the attackers. JASTA passed unanimously through both House and Senate, and President Obama’s attempted veto was overridden.

The Saudi Foreign Minister, at the time, claimed that they would retaliate against JASTA, potentially collapsing the US debt market by dumping American government debt en masse. This was seen as a major factor in the administration’s opposition to the bill.

But the 28 pages from the 9/11 report, finally released in redacted form, showed Saudi support for 9/11 attackers, and it fueled a lot of support in Congress for JASTA. Without the act, the Saudis could claim sovereign immunity, which effective precludes Americans suing them irrespective of their crimes.

The judge did, however, dismiss claims against Saudi businesses and a government-linked charity, saying that those did not overcome the presumption of immunity. This may limit the ability of plaintiffs to seek payouts, as only the Saudi government itself will be on the hook for any damages awarded.

11 thoughts on “US Judge: Saudis Must Face Lawsuits Over 9/11 Attacks”