Speaking Sunday at a party summit in Trebizond, Turkish President Recep Tayyip Erdogan detailed his nation’s expansion of military operations against ethnic Kurds in both Syria and Iraq, along with indicating what the next targets would be. 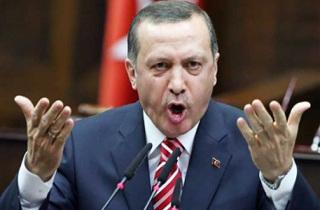 Speculation that the Syrian city of Manbij would be the next target turned out not to be true, as Turkey is instead attacking Tel Rifaat, a Kurdish town. Located near Azaz is aleppo Province, Tel Rifaat may be seen as safer for Turkey because there aren’t US troops within.

In Iraq the situation could be a lot more complicated, as Turkish forces are crossing the border, as allowed by a deal last week with Iraqi officials and advancing on Sinjar. Sinjar is a Yazidi region, which got a lot of headlines during the ISIS war because of ISIS’ hostility toward the Yazidi religion.

In the course of the ISIS fight, Kurdish PKK forces entered Sinjar to protect the Yazidis, who are ethnic Kurds who follow a different religion. The PKK has already withdrawn from the area, however, anticipating the Turkish invasion. This leaves Turkey attacking the Yazidis, not the PKK.