The Pentagon, already struggling to manage growing concern about the US military operations ongoing in Africa, is now facing a second problem. Last week, it was revealed that the Pentagon had kept a number of recent clashes a secret. 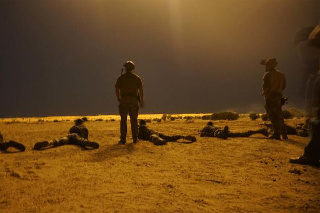 “They learn a great deal from information he put out. They don’t deserve a report card,” insisted Pentagon spokesperson Dana White. Other officials insisted all the fighting and all the secrecy about the fighting were totally appropriate.

Yet none of these incidents involved any US casualties, and surely the assorted enemies know about their own losses. Keeping these clashes out of the papers in America seems clearly to be designed to keep Americans in the dark about military operations that were never debated in the first place.