In October, the ambush that led to the death of four US special forces revealed that US forces were operating in Niger in large numbers. The Pentagon hasn’t gotten any better with transparency, however, as in December, the US got into another battle in Niger, and it was never disclosed publicly. 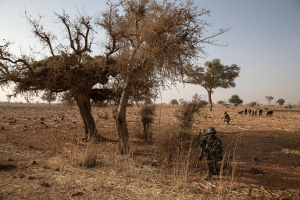 The December 6 Niger battle, according to reports, saw US Green Berets and Nigerien military engaged in a protracted gunbattle that left 11 suspected ISIS fighters killed. There were no US casualties, so the Pentagon never reported it.

The Pentagon gave no reason why the incident wasn’t reported in the first place, but the New York Times were reporting that this was one of at least 10 unreported cases of US troops being in combat between 2015 and 2017 in Western Africa.

Africom officials suggested the incidents involved US troops acting “in self defense,” which is really neither here nor there. The issue, and it’s one that’s worryingly common with Africom, is that such incidents are happening without them even considering telling reporters, and by extension the American public, what happened.