The United States has called an “urgent meeting” in Jordan with allies to discuss a reaction to a report of Syrian airstrikes that may have crossed into one of Syria’s southernmost deescalation zone, in violation of the ceasefire agreement. 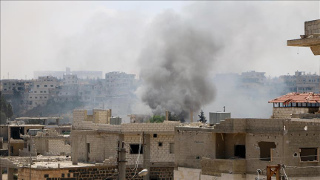 The airstrikes were reported in the Daraa Province, with eight strikes hitting rebel-held towns. Rebels indicated the strikes were near the front-lines of the fighting in the province’s north, not far from a Syrian army garrison.

A de-escalation zone was established in this area to try to keep the two sides from fighting, with limited results. Though it’s not clear the strikes were inside the zone, they were certainly close, and the US, which backs the southern rebels, is eager to believe that’s the case to spin the Syrian government as being in violation.

US officials issued a statement warning all sides to respect the de-escalation zone and not jeopardize the ceasefire. It’s not clear how sincerely this call will be taken, however, with US officials openly threatening to attack Syria soon at any rate.