The Iraqi parliament has passed a resolution this week thanking the US and other friendly nations for their support in defeating ISIS, and also demanding that the Abadi government set a strict timeline for the withdrawal of all foreign troops from the country. 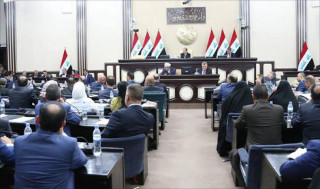 Ruling coalition MP Husham al-Suhail insisted that parliament wasn’t trying to force any specific timeline on the deal, but wanted the government to make it clear, having declared victory, when the foreign troops would be gone.

That’s potentially going to be a problem though, because while the other nations are all making clear their presence is very temporary, the US has been very public from the start that this is a permanent deployment, and they don’t plan to ever leave.

That potentially brings another showdown between US leadership and the Iraqi government, as with the one after the previous US occupation, in which the US failed to get a Status of Forces Agreement (SOFA) and ultimately withdrew.