Following Boko Haram’s most recent attack on a girls school, there was rising fear in Nigeria of another Chibok type incident, with large numbers of girls reported missing, and at least 111 not showing up at school on Tuesday. 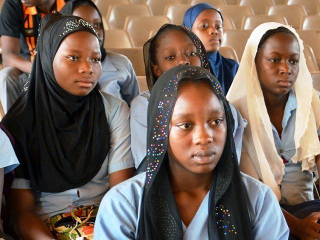 While the situation isn’t totally resolved, the Nigerian military reported on Wednesday that they had “rescued” at least 76 of the girls, and recovered two bodies. It’s not clear they were actually taken, or if they simply fled into the countryside during the attack and were found.

Nigeria’s official statement said only 91 were unaccounted for, despite others clearly putting the figure at 111. That led the military to conclude that only 13 are still missing, though what happened to the other 20 is uncertain.

In 2014, the Chibok attack saw Boko Haram kidnapping 270 girls from a school. Some of those girls have been released or escaped here or there in the years since, but many remain unaccounted for.