27 Iraqi Shi’ite militia fighters loyal to the Popular Mobilization Forces (PMF) were killed overnight in an ambush by ISIS fighters near the city of Hawija. The ISIS fighters were claimed by Iraqi military officials to be part of a “sleeper cell.” 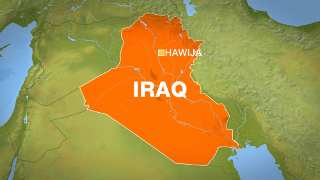 The ISIS fighters were disguised in Iraqi Army uniforms, and had set up a fake checkpoint in the area, and attacked the militia members when they came by, sparking a multi-hour gunfight.

The Iraqi military says they have dispatched troops into the area to try to find the ISIS fighters, while the Badr Brigade, one of the biggest PMF forces, has promised revenge against ISIS as well.

This is one of the most substantial ISIS attacks in Iraq in weeks, and underscores that, despite repeated declarations of “victory,” ISIS forces didn’t disappear when they lost their territory, but rather have returned to insurgent-style tactics, which they did for years before the brief territory grab.