Israeli Prime Minister Benjamin Netanyahu, in trying to placate his far-right coalition on delaying an effort to annex the West Bank, made what analysts are calling a “gaffe,” saying the process needs to be coordinated with President Trump, and that he’s been talking to Trump and other US officials about it for some time. 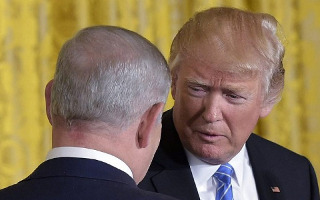 The problem is, he wasn’t. The White House quickly called out Netanyahu for falsely claiming this, and Israeli officials too said the discussions never took place. Such talks would obviously be a huge deal, and would also do massive harm to the peace process.

This has all proved a massive public embarrassment for Netanyahu, with opposition MPs criticizing him for lying, and the US clearly upset by being dragged into the scandal by the lies, while Netanyahu’s supporters desperately try to save face.

The US wants Netanyahu to backtrack, but in trying to get the Israeli press on to something else risks making the matter even worse, with Deputy FM Tzipi Hotovely saying she’s positive Israel can convince Trump to accept annexation, even if they haven’t actually tried yet.