Another week deeper into Turkey’s attacks on the Kurdish YPG, Turkish warplanes continue to pound the Afrin District of northern Syria, killing another nine people on Friday, including two civilians. 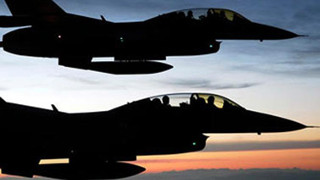 Local officials in Afrin are complaining that the Turkish strikes are creating a growing humanitarian crisis, noting that at least 160 civilians have been killed and tens of thousands of civilians displaced from their homes in the attacks.

Turkey issued a blanket denial for the humanitarian crisis, though they’ve claimed to have killed many hundreds of Kurdish fighters, and there seems to be no real doubt that displacing the Kurds from Afrin is a major military goal for them.

Turkish President Erdogan has said the city of Manbij will be attacked after Afrin, and US officials reported earlier this week that there have been some exchanges of fire between YPG and Turkish forces near there. US forces are present in Manbij, and despite Turkish demands say they don’t intend to leave.

That’s going to be a growing problem, however, with some 2,000 US troops in Syria all deployed somewhere or other in YPG-held territory, and Turkey’s plans seemingly to keep expanding the war across all Kurdish territory.