On Wednesday, US forces claimed that they attacked Syrian forces “in self-defense.” New details are emerging about the incident, suggesting both that the Syrian attack was far overstated, and the US retaliation was overwhelmingly excessive. 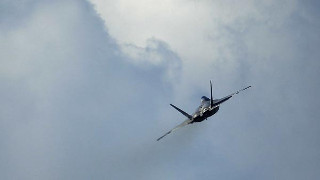 Syria putatively “attacked” a SDF base where US troops were, though in reality the artillery strikes were half a kilometer away from the base, which explains why there were no casualties. The US, on the other hand, attacked a Syrian pro-government patrol in the area, and killed in excess of 100 fighters in the attack.

100 people is a lot to kill, particularly since the US supposedly isn’t at war with Syria. This does, however, reflect the mission creep in Syria, as the defeat of ISIS has meant the US forces there need a new justification to stay, and fighting the Assad government looks to be it, with the Pentagon already saying part of their pretext for staying is to ensure regime change.

Syria, meanwhile, has gone to the UN Security Council to complain over the US massacre of what were apparently members of a pro-government militia that had been fighting ISIS, and was at the time of the attack engaged in a search-and-rescue operation.

Russia’s Defense Ministry also issued a statement condemning the US attack, saying it proved the US isn’t interested in fighting ISIS, but rather in trying to seize control of Syria’s economic assets through military means.