Desperation to try to keep the ISIS affiliate in the Sinai Peninsula in check saw Israeli warplanes, drones, and attack helicopters given secret permission by the Egyptian junta to carry out over 100 operations in the peninsula  over the past two years, according to media reports. 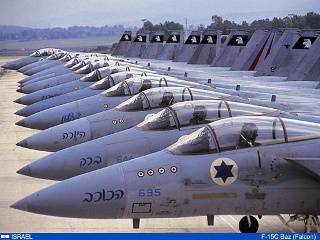 US officials were quoted in the New York Times as confirming the operation, and crediting Israel with a massive number of killed militant figures. Egypt’s military has issued a statement denying the story in its entirety.

There have been intermittent reports in the course of the Sinai war, which began with the Egyptian military coup, that Israel was involved in supporting the junta against ISIS. These more recent reports suggest Israel went to the extent of having a whole fleet of unmarked planes, drones, and etc. to try to keep it secret.

Confirmation of Israel’s involvement is likely to prove embarrassing for Egypt, particularly in that between the two of them they don’t appear to have done much to tamp down the growth of the ISIS affiliate in Sinai, which has remained heavily active.

4 thoughts on “Report: Aiding Egypt, Israel Carried Out Over 100 Strikes Against ISIS in Sinai”