President Trump has signed an executive order that is intended to reverse President Obama’s intentions to close the detention center at Guantanamo Bay. Details are still emerging, but a leaked cable suggests this plan was in the offing for awhile. 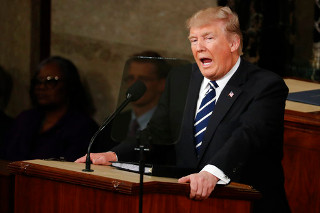 Trump has been clear time and again that he wants to keep Guantanamo Bay open, and that he’d like to fill it up with new detainees. The cable told diplomats to assure worried nations that there are as yet no specific plans to add to detainees yet, though President Trump insisted during the State of the Union that he intended to put terrorists there.

The Pentagon is expected to have to spend in the neighborhood of a half of a billion dollars trying to get construction plans in place to keep the facility viable, as it was expected to have been closed long ago.

Officials have yet to comment on the matter, and it’s unclear when they intend to make any public statement on the future of the facility. It clearly doesn’t make much sense to keep the site open if new detainees aren’t anticipated, but admitted as much is likely to be politically risky, given the site’s history of abuse.