Saudi-led coalition warplanes carried out a pair of airstrikes against northern Yemen on Monday, killing at least nine civilians, including a number of children, and wounding several others. 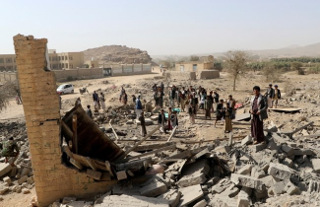 The larger of the two strikes took place near Saada, a major Shi’ite-dominated city, attacking a residential building that housed an influential cleric. Though there’s no sign the cleric was killed seven other civilians were, including children, and five were injured.

Not far away, a small airstrike hit the same district, attacking a flour mill in a province already afflicted with mass starvation by a Saudi-led blockade of the region’s only port. Two civilians were killed, including a pregnant woman.

Saudi officials didn’t specifically say why they attacked either target, though they did issue a statement bragging of their “professionally planned” efforts to get more humanitarian aid into southern Yemen. Of course, southern Yemen is where pro-Saudi factions are, in efforts have already been made to support the “loyal” ports there, while civilians in the Shi’ite north struggle to survive.