US-backed Kurdish YPG forces in Syria’s Afrin District are getting support from a surprising front amid Turkey’s threat to invade the region, as Syria’s Deputy Foreign Minister Faisal Mekdad warned the national government would view Turkey’s attack on Afrin as an attack on the entire nation. 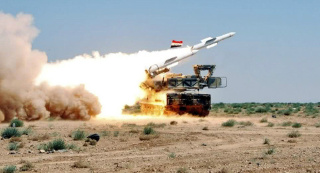 Mekdad says that Syria’s Air Force is ready to react to any incursion of Turkish warplanes and bombers, and would destroy them for violating Syrian airspace, and would react to any violations of sovereignty.

YPG forces control about a quarter of Syrian territory, and envision having a substantial level of autonomy after the Syrian War. Turkey insists the YPG are terrorists, however, and says they will never accept the YPG holding any border regions.

Since the YPG’s territory is pretty much all on the Turkish border, Turkey envisions ousting them from all of it, starting with Afrin, then hitting Manbij, and eventually the rest.

It’s unsurprising Syria would object, despite not having the best relationship with the YPG, since Turkey has made a point of installing Islamist rebels into territory they’ve “liberated” in Syria, and the Syrian government clearly doesn’t want the rebels to suddenly gain massive amounts of territory over this dispute.

11 thoughts on “Syria Threatens to Destroy Any Invading Turkish Warplanes”