After scoring substantial gains earlier this week, the Syrian military’s offensive into the Idlib Province appears to have stalled, at least for the time being, s rebel factions have carried out a counter-attack against them. 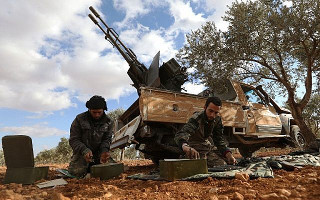 The focus of the offensive has been capturing the Abu al-Duhur military airbase, which the rebels captured back in mid-2015. Syrian troops had pushed to within just a few miles of the base, but seem not to have gotten any closer.

The rebels are fighting under both the banner of the Free Syrian Army (FSA), and al-Qaeda’s Nusra Front, with the later claiming to have begun to “encircle” the advancing government forces in the area.

The counter-offensive is likely to slow advances on the ground in the interim, though they usually lead to escalations in airstrikes against both the rebel forces, and rebel-held towns in the vicinity of the fighting. Already, some strikes were reported in Idlib towns.