Reportedly angry that Congress didn’t use his October decertification of the P5+1 nuclear deal with Iran to kill the deal, there was considerable speculation President Trump would try to unilaterally withdraw the US from the pact this time around, when he announces plans on Friday. 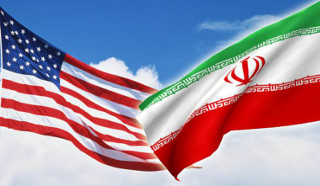 Officials, however, say that’s not expected to be the case, and that President Trump will again sign a waiver to keep the sanctions relief from the P5+1 deal in place, subsequently meaning the US will not be violating the pact.

This solves a lot of problems, including potential international backlash against the US for trying to undermine the deal, though President Trump has long suggested that ending the deal to be his ultimate goal.

As a “compromise” for not getting to dishonor the deal right now, reports suggest President Trump will instead impose a new round of sanctions for non-nuclear reasons against Iran. Recent rhetoric would suggest the since-ended Iranian protests as a likely justification for these.