In the last three and a half years, crude oil prices fell precipitously and have languished at prices rarely seen in the post-9/11 era. Citigroup analysts say they expect that to reverse in 2018, as mounting wars once again drive prices higher. 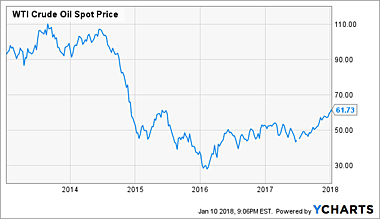 2017 saw prices stabilized by OPEC cuts, and Citigroup says that President Trump “looms large” as a potential wildcard whose various overseas wars are likely to drive oil to $80 within the next year.

They warned this could include both supply disturbances in countries like Iraq and Libya, as well as more uncertainty about possible US sanctions and wars in places like Iran and North Korea.

US oil last saw $80 a barrel just before the 2014 Congressional elections, and fell belong $30 a share in 2016. Prices have been rising since, particularly since July, and are now around $60 a barrel.