The Obama Administration seemed to believe that the three documents declassified yesterday, and released in extremely heavily redacted form, would be enough to fulfil a promise of “transparency” and end the complaints about the US surveillance state. Clearly that is not the case.

Instead the release has added to questions about what the administration is withholding from most of Congress, let alone ordinary Americans, about the NSA programs and their enormous scope. Congressmen are pushing for some formal limitations on the NSA, underscoring the reality that a little “ad hoc transparency” from the administration when backed into a corner is clearly not the same as functioning oversight. 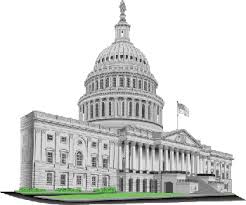 “We need straightforward answers, and I’m concerned we’re not getting them,” warned Sen. Patrick Leahy (D – VT), the head of the Judiciary Committee. Others from both parties lambasted Director of National Intelligence James Clapper for openly lying to Congress about the surveillance, saying his half-hearted apology after bragging about his lies on national TV made the situation particularly disturbing.

At this point the administration doesn’t seem to be willing to publicly do anything more, and appears to be betting that it can placate Congress in closed-door meetings. With the public’s eyes on the situation and polls showing major concern, it may be difficult to convince Congress that they won’t pay dearly in future elections from shrugging it off.