Sunday’s ’60 Minutes’ broadcast of a 12+ minute story on Israel’s mistreatment of Palestinian Christians was a ‘strategic threat’ to Israel, according to top Israeli diplomats who are struggling to defend Ambassador to the US Michael Oren’s efforts to force CBS to kill the segment. 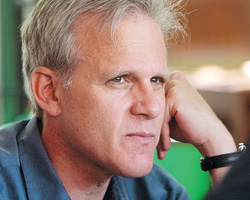 The story by reporter Bob Simon began as a segment about the disappearance of Palestinian Christians in the Holy Land, with emphasis on a family whose Bethlehem home, once on the busiest street in town, is now surrounded on three sides by Israeli military walls.

It became much more however, when Oren approached CBS before the story was even completed and demanded that the network not air the story, accusing Simon of a “hatchet job” on Israel.

Ensuring this story really was must-see TV, it included a sit-down between Simon and Oren, with Simon confronting the Israeli ambassador on his position, and insisting that he had never had a government try to kill a story before broadcast.

Oren started out smugly, insisting there was a “first time for everything,” but the segment quickly went off the rails as a visibly angry Oren insisted that the questions he was being asked “proved” that the story was a threat to Israel, and that it was his job as ambassador to see that it never saw the light of day.

Elsewhere in the interview, Oren was confronted about his government’s hostility toward Palestinian Christians, and in particular its angry condemnation of a pamphlet urging Palestinians to abandon violence and endorse peaceful protest as a means to oppose the occupation. Oren responded that the groups responsible for the pamphlet (shown in the segment to include Orthodox, Catholic, Lutheran and Anglican Christians) are “known” for their anti-Semitism.

Though the story more or less ends there in the US, Israeli press has been all over the story, with concerns that Oren’s behavior could do serious harm to Israel’s tourism industry, which is almost exclusively Christian in nature.

Officials maintain that Oren acted entirely appropriately, and diplomats say that Prime Minister Benjamin Netanyahu was “fully briefed” of the plan to try to kill the story. The Prime Minister’s office even crowed about the effort, saying that Oren’s efforts had managed to “delay” the report for several weeks.

22 thoughts on “Israeli Officials: 60 Minutes Report on Treatment of Christians a Strategic Threat”