Fresh off of China’s warning of a “confrontation” in the South China Sea, the US Navy is once again talking about increasing its presence across the Pacific Ocean, saying that it is a key strategic goal of the Obama Administration. 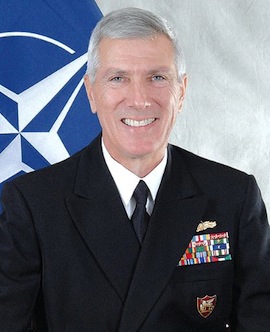 US Pacific Command head Admiral Samuel Locklear discussed the “back to the Pacific” mission in considerable detail, insisting it is a priority “for the long run” and that North Korea’s failed satellite launch was a key reason.

North Korea’s navy isn’t a serious threat to the US, and the plan is mostly about maintaining overwhelming superiority over China as it modernizes their own navy.

Admiral Locklear’s comments suggested that there would not be new US naval bases in the Pacific but rather “bilateral agreements” for access to other ports. The US has been cozying up to Vietnam, Indonesia and the Philippines, using the ongoing maritime disputes between them and China in the South China Sea as a lever to force its way ever deeper into the region.

9 thoughts on “US Navy Looks to Escalate Presence in Pacific”