An as-yet-unconfirmed report has emerged today claiming that 13 French soldiers have been captured in the Syrian city of Homs. If confirmed this would be the first conclusive proof of direct Western intervention in Syria’s civil war. 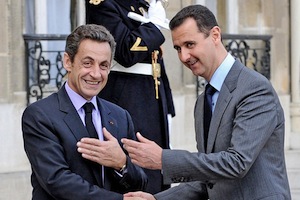 The report comes from the Lebanese newspaper the Daily Star. It says there are discussions between the Syrian and French governments already regarding what to do with the captured “officers.”

The French Foreign Ministry was quick to deny the reports, saying there were no ground troops in Syria to begin with. The French Defense Ministry stopped well short of denial, however, saying it would “neither confirm nor deny” the claim.

Speculation is that the troops could have been involved in the rescue of Western journalists from Homs, though one of the journalists adamantly denied having seen any French troops during their time in the city, saying “we owe our escape” to the rebel army.