The 2007 revelation by ABC News that the Bush Administration was covertly backing the Jundallah terrorist organization in an effort to convince them to launch attacks on Iran was no small embarrassment for the administration, and a considerable source of tension with the Shi’ite world as the militants attacked mosques and killed large numbers of civilians. 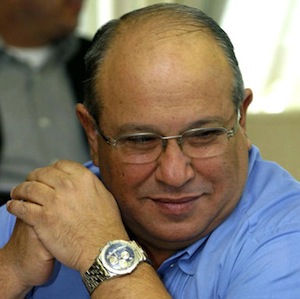 The only problem is, it apparently didn’t happen. At least not the way ABC News claims. Instead of being direct US backing, by way of the CIA, for a State Department listed terrorist organization (a big no-no), Foreign Policy is reporting today that the whole thing was actually a Mossad plot designed to frame the CIA and the administration.

Officials cite internal memos, classified of course, from the 2007 and 2008 investigation into the allegations, which found that in reality the people who bought off Jundallah were Mossad agents, with faked US passports and large amounts of US dollars.

“It’s amazing what the Israelis thought they could get away with,” one of the officials said. “Their recruitment activities were nearly in the open. They apparently didn’t give a damn what we thought.”

Indeed the unspoken goal of the “false flag” appears to have been to damage what little trust the Iranian government had in the US. Captured Jundallah leaders confessed on Iranian TV that they were funded and directed by the CIA, and apparently they believed that is what was happening.

The report goes on to say that President Bush “went ballistic” when he heard about the Mossad plot, saying it was “putting Americans at risk.” There was also concern it would severely damage relations with Pakistan, since Jundallah has traditionally also attacked targets in Pakistani Balochistan.

The US State Department has been struggling to publicly deny the US-Jundallah relationship, and retired US Gen. Joe Hoar slammed the Israeli move, saying “It gets us involved in their covert war, whether we want to be involved or not.”