A suicide truck bomber targeted a NATO base in the Logar Province of Afghanistan today, killing at least 3 people and wounding 70 others in the Mohammad Agha District. 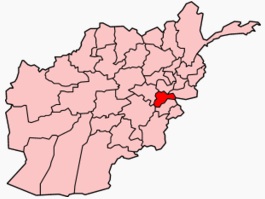 The attack was driving a truckload of explosives and detonated at the security checkpoint at the southern gate of the base. The explosion destroyed several nearby buildings, including a police station and a government office.

NATO termed the attack a “single attack” and it does not appear that there was the sort of subsequent strike that often accompanies such attacks. There was no indication that any of the casualties were NATO, though a number of Afghan police were wounded.

So far no group has claimed credit for the attack, but it came just days after the Pentagon claimed the capture of a top Haqqani Network leader in the Logar Province’s Pul-e Alam District.

2 thoughts on “Three Killed, 70 Wounded as Bomber Hits NATO Base in Logar Province”