In a move which the Electronic Frontier Foundation termed a major blow to online privacy, a federal judge today ordered Twitter to turn over private information related to the accounts of three of its users as part of the ongoing WikiLeaks probe. 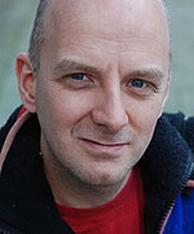 The three users include a member of Icelandic Parliament, Birgitta Jonsdottir, an outspoken supporter of whistleblower organizations, as well as Dutch WikiLeaks volunteer Rop Gonggrijp and US programmer Jacob Appelbaum.

Prosecutors had claimed that the “Stored Communications Act” granted them unrestricted access to such data without probable cause or a search warrant. The judge said that the prosecutors made a case that whatever information was contained in the secret records might conceivably be relevant to the investigation.

The actual ruling, however, was based in no small part on a conversation the judge had with the defense about the possible data contained within, in which it was determined that none of the three had ever read Twitter’s privacy policy. The judge seemed to feel that having failed to read the privacy policy made the case to keep the information private much weaker.