Its been said for awhile that the US was likely to put combat troops inside Kuwait in January to ensure that, even if the Iraqi government wasn’t permitting them to remain inside Iraq itself, they could launch attacks inside Iraq at the drop of a hat. 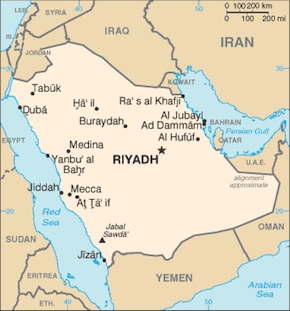 But now the New York Times reports that the Obama Administration is planning a massive troop surge into Kuwait and the surrounding region, as well as a major naval buildup in international waters in the area.

The new surge certainly has one eye on Iraq, where violence is still high and where the US has built a Vatican-sized embassy (filled with its own private contractor army for the State Department), but the other eye is squarely on Iran.

Though having massive numbers of troops bogged down in the Iraqi quagmire seemed a funny way of doing it, officials were constantly trumpeting this as having a massive force in the region “against Iran.” Former Defense Secretary Robert Gates even argued in his final major policy speech that the US should keep troops in Iraq entirely to “make Iran uncomfortable.”

But since that plan fell through, the fallback is now to try to dramatically increase military ties with the GCC nations (fresh off their brutal crackdown on pro-democracy protesters in Bahrain) and to deploy massive numbers of troops in the region through them, as a way to spite Iran.

Secretary of State Hillary Clinton defended the escalation plan, saying it was “proof of our ongoing commitment to Iraq and to the future of that region, which holds such promise and should be freed from outside interference to continue on the pathway to democracy.” No word yet if she managed to say that with a straight face.