Testifying yesterday in Congress, FBI Director Robert Mueller and National Counterterrorism Center director Matthew Olsen both agreed that the seldom used “lone wolf” provision of the USA PATRIOT Act, a provision which allows broad intelligence gathering of people with no actual terrorism ties, would become much more widely used in the months and years to come. 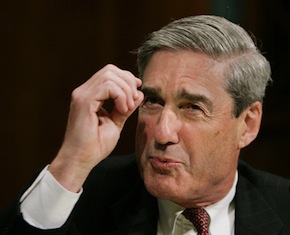 Indeed, while Mueller claimed the FBI had never once used the “lone wolf” provision, but that US citizens with no actually ties to terror groups pose a “serious national security threat” and would need to be targeted more.

Olsen concurred with this sentiment, adding that such people are “probably the greatest challenge that we face.” The two also agreed that Congress needs to give them even more broad surveillance powers, citing the popularity of Android-based smartphones.

The FBI’s surveillance of Americans remains a serious issue, though the widespread classification of government records means the true extent of the policy may never be known. Thus while Mueller assures that no one has ever been targeted as a “lone wolf,” they continue to target American citizens for lawful activities.