The latest in a long line of extremely high profile arrests that appear to be based on extremely little really concrete evidence, prosecutors have announced Boston physicist Rizwan Ferdaus is being charged with “material support for terrorism” and “attempting to destroy federal buildings using explosives” over what they assure is an enormous plot. 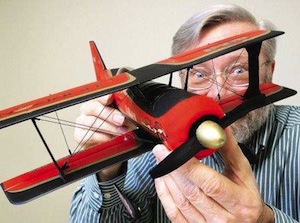 Putting aside his scarily foreign-sounding name, Rizwan is a 26-year-old physicist from Ashland, MA who officials say “was radicalized watching videos from the Internet” and then bought a model airplane under an assumed name.

A model airplane and “no information to indicate he was connected to a foreign terrorist organization” might not be much, but it translates into officials being positive that he was going to launch drone attacks against the Pentagon and the Capitol building.

The move will be added to the administration’s long list of illusory threats foiled, right after the December 2010 arrest of a guy in Baltimore who “watched Osama bin Laden videos” on his computer and posted anti-US statements on Facebook, and then went on to pretend bomb a military recruitment center with fake explosives the FBI gave him.