Many thought the Libyan rebel conquest of the capital city of Tripoli made the civil war ambitions of regime change a fait accompli, and with the UN rushing to give the rebels a seat, you’d figure they had already taken over the country. 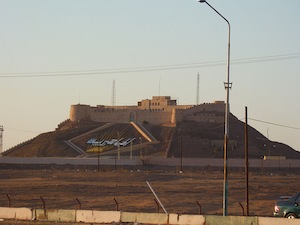 But the rebels are just getting into around to trying to take over the sparsely populated southern portion of the nation, and are planning to attack the major city of Sabha within the next two days, having already taken over the airport on the outskirts, as well as a colonial era fort, Fort Elena, which at one point was a military base of some import.

At the same time, rebel attempts to mop up the loyalist cities of Bani Walid and Sirte in the north don’t seem to be going particularly well, as the regime is claiming several wins in battles around those last cities.