Western diplomats are accusing the Belorussian government of secretly helping the Iranian government to defy UN Security Council sanctions by aiding them in the acquisition of certain “dual use” goods which officials say could have use in missile development. 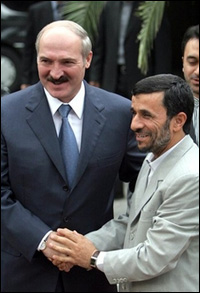 The diplomats say that the trades gave Iran access to certain Russian technology which normally would have been forbidden them under the assorted sanctions passed over the past several years.

Belarus denied the allegations, with its foreign ministry insisting there had been no secret deals with the Iranians and that they were committed to abiding by the UN sanctions no matter what.

At issue were the purchases of certain inertial measurement units, which are used on everything from commercial boats, segways and certain motion capture rigs. Since they are also potentially used in missile construction, they are considered “dual use.”