Before the Libyan Civil War, Tawarga was an agricultural city of some 10,000, mostly black people, with an economy centering around palm trees and date production. Today, it is entirely empty, and declared a “closed military area” by the rebels. 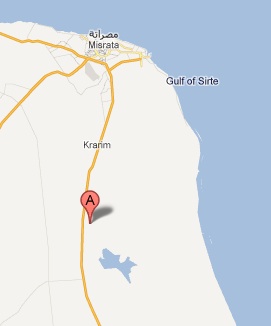 But where did the Tawargans go? That’s not such an easy question to answer. The rebels rounded them all up and herded them into “refugee camps” in Tripoli. But reporters that went to Tripoli found the camps empty as well, with the only person there, someone looting scrap metal out of one camp, declaring that they had “gone to Niger.”

Tripoli residents near the camp, however, report that the Tawargans had indeed been in the camp at one point, but that the camp itself was attacked by forces from Misrata. They beat the men, rounded up the women and children and took them away in trucks. They believed the troops were taking them to another camp in another part of Tripoli. That camp too was empty.

Black people have been disappearing all across Libya, with rebels arresting people simply on the basis of skin color, but how does a whole city go missing? It may be quite some time before we learn exactly what happened, but we have hints in media reports dating back to June, when Misrata rebels began openly talking about “cleansing” the region of blacks and were saying that black Libyans might as well pack up because “Tawarga no longer exists, only Misrata.”

Fast forward nearly three months from this proclamation, and we have an empty city where Tawarga once stood. The only sign saying Tawarga has been covered up with a new sign saying “New Misrata.”

16 thoughts on “Disappeared: Thousands of Libyan Blacks Turn Up Missing in Rebel Offensives”