The Chilcot inquest into the Iraq War has provided ample opportunity to uncover the disgracefully large amount of advice Tony Blair ignored in helping in the US occupation, but there’s always more, as Baroness Manningham-Buller revealed today. 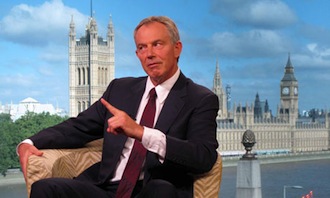 In an interview today on BBC Radio 4, the Baroness revealed that she had personally warned Tony Blair that invading Iraq would actually make the country less safe, and might increase the risk of terrorist attacks.

The MI5’s assessment of Iraq, as communicated to Blair, was that Irq “did not present a threat to the UK” and that the war would both be a “distraction” from al-Qaeda and would increase domestic terrorism.

The closest Blair ever came to an apology on Iraq was in January, when he insisted he “regretted” the large number of deaths, comments which were punctuated with calls for an identical US-UK invasion of neighboring Iran.

3 thoughts on “MI5 Told Tony Blair Iraq Was No Threat”