The single largest incident of US soldier deaths in the decade-long Afghan War came today when Taliban forces shot down a Chinook helicopter in Wardak Province, killing all 38 people abroad, including 30 US soldiers, an interpreter and seven Afghan soldiers. 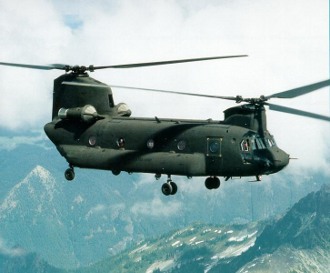 NATO’s official statement on the matter, three sentences long, confirmed only that the helicopter crashed in eastern Afghanistan and that there was “enemy activity in the area.” The grim details, as so often is the case in NATO’s statements, are obscured.

But the Associated Press is reporting that not only were there 31 US soldiers slain in the attack, but that 22 of them were Navy SEALs from SEAL Team Six, which shot into headlines earlier this year in the assassination of Osama bin Laden. This makes the downing of the helicopter not only the deadliest incident for US troops in the Afghan War, but the deadliest incident for the SEAL team in any war.

The Taliban were quick to claim responsibility for the downing, and reported shooting it down with an anti-aircraft rocket. US officials said that the attack was apparently immediately after takeoff, when the helicopter was most vulnerable.  This could be a significant change on the ground for the war, as by and large the insurgency has been using large-caliber machine guns for anti-aircraft weaponry, and not particularly successfully.

It has also been revealed that the helicopter was taking the troops to reinforce a position where troops were pinned down by insurgents nearby. This may raise questions of whether or not the helicopter was the real target and if the Taliban knew that the SEALs would likely be on board in this situation.

Inevitably this will spark questions not only of whether or not the use of rocketry will grow in Afghanistan, but where exactly these anti-aircraft rockets are coming from (though some are speculating that it could’ve been a simple rocket-propelled grenade and not an anti-aircraft missile, given the timing of the strike). The US had been providing the insurgency with shoulder-launched missiles for this sort of thing during the Soviet occupation, but it was assumed that those had all long since been used. This could mean the insurgents have found a source in Pakistan or elsewhere for smuggling in new rockets, potentially adding to tensions about the porous border between the two nations.

39 thoughts on “US Helicopter Shot Down in Afghanistan, 38 Dead”