The ongoing massacre in the Syrian city of Hama has moved into its fifth day and seems to be picking up once again, with human rights groups reporting a rising death toll and one activist confirming that over 100 more protesters have been killed since Thursday morning. 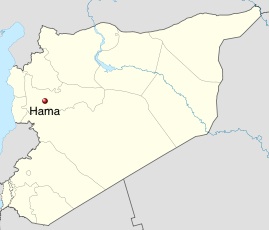 Syrian forces captured Hama’s central square yesterday but the attacks appear to be continuing. The death tolls are likely to continue to soar since the military cut off power to the city and the hospitals are struggling to treat the severely wounded without electricity.

The preliminary figures from today make it the deadliest day of the massacre since Sunday, when at least 140 people were killed. The overall toll now is believed to be well over 300, though exact figures are impossible to confirm with access to the city now virtually cut off, except for reports from refugees.

Syria’s state media still has not addressed the massive death toll in its reports on the city, reporting only a handful of security forces slain. Incredibly, after today’s killings, officials reported that “normal life” had been restored to the city and that the “armed terrorist groups,” their official term for pro-democracy protesters, had been defeated.