Army Private Naser Jason Abdo, arrested earlier today with bomb-making materials in a motel room, has confessed to plotting a bombing attack on Fort Hood, according to federal officials. 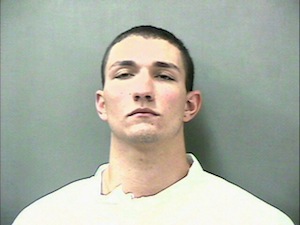 Abdo was arrested after an employee for Guns Galore, a local gun store, reported he was acting suspiciously. “The kid was downright rude,” noted the employee, who said Abdo bought six pounds of gun powder.

Abdo had successfully fought for concientious objector status in 2010, but his discharge was put on hold when officials decided to go through his computer because of “radical statements” he had made and reported he was in possession of child pornography. Abdo insisted the charge was false and revenge for his high profile fight for objector status.

Abdo was said to have not been planning to attack the fort itself but instead was planning to use the bombs, which he had yet to actually make, to target a restaurant popular with troops from the base.

Fort Hood had previously been attacked in 2009 by Major Nidal Hasan, an Army psychiatrist who opened fire on troops at the base. Before that he was helping soldiers cope with combat stress.