Early this month, the UN’s official report on their investigation into the 2010 Israeli attack on the Mavi Marmara aid ship was delayed, nominally for “a few days,” so as not to interfere with Israeli talks with Turkey. Today, over two weeks later, another delay has been announced for the same reason. 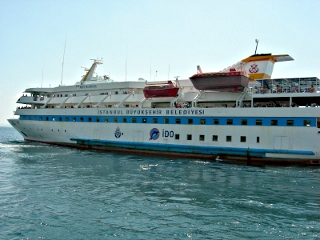 Israeli officials confirmed that the delay was aimed at continued “negotiations” as to the content of the report, and that the release date is now set to August 20, which seems far from set in stone.

The content of the final report is not public, but preliminary reports suggested a very tepid stance on the attack and the killing of the aid workers on board. The exact content will very much be a factor of the results of those talks.

Which makes the report seem very much beside the point. If the language of the report will center around diplomatic negotiations about what is the most expedient position it seems unclear why they went through the pointless exercise of investigating what actually happened at all.

One thought on “UN’s Flotilla Investigation Report Delayed Yet Again”