The focus of the massive Norway terrorist attack has shifted from outrage at the presumptive Muslims behind the strike to the very non-Muslim attacker Anders Behring Breivik who actually carried it out. 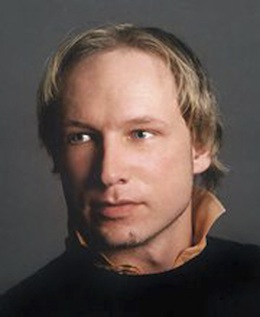 Breivik has been quick to admit to the shootings but insists he isn’t criminally responsible for them: they were “necessary” to see his political agenda, a fairly straightforward anti-Muslim sort of jingoism, carried out.

His apparently lukewarm religious fervor didn’t stop him from releasing a voluminous manifesto about the need for a “crusade” against Muslims. But interestingly enough, he heavily plagiarized this manifesto from the Unabomber, in some places just swapping out the word “leftism” for “multiculturalism,” his own particular bogeyman.

Breivik is expected to testify Monday regarding the killings. Given his statements up to this point, the comments are likely to continue in the vein of defiant pride over the attacks, and advocacy of “martyrdom” for Christian conservatives.

9 thoughts on “As Norway Toll Rises, All Eyes on Attacker”