Speaking today at a press conference in Irbil, US State Department official Thomas Nides reiterated claims by the Obama Administration that Iran is secretly arming Shi’ite militias, saying “the US is well aware of Tehran’s financial assistance with US foes.” 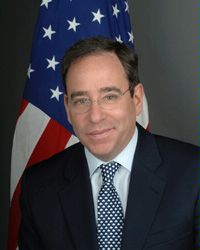 Incredibly, however, when pressed on the matter by a journalist from Iran’s Fars News Agency (FNA), Nides conceded that the US has absolutely no evidence or proof with which to back up these allegations.

“There is no proof since it is just intelligence,” Nides conceded, adding that no documentation could be produced and any information they theoretically have to back up the allegations was classified.

The allegations have been repeated by Admiral Michael Mullen and Secretary of Defense Leon Panetta in recent days, with Panetta threatening non-specific measures against Iran in retaliation. Iranian officials have denied the allegations.