The Special Inspector General fror Iraq Reconstruction’s (SIGIR) efforts to figure out what happened to billions of dollars in missing cash shipped to Iraq are struggling mightily, officials say, because the New York Federal Reserve is refusing to disclose how much cash was even shipped in the first place. 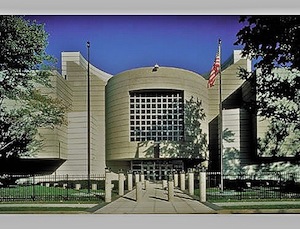 In the wake of the 2003 US invasion of Iraq, the government began shipping money to Iraq en masse from the UN Oil for Food account. This amounted to loading cargo planes with as many $100 bills as they could carry and simply dropping them off with no paperwork about where much of the money went after it landed.

The Federal Reserve claims that since the account was from the Oil for Food account the SIGIR is not entitled to know anything about the account. Fed officials said they would continue to cooperate in the investigation, without disclosing what appears to be the only useful information they might have.

A recent SIGIR audit suggested as much as $6.6 billion of the money may have been stolen, while Iraq’s parliament speaker put the figure as high as $18 billion. Some have argued that the US government, since it handled the money so carelessly, might be responsible for replacing what was stolen with taxpayer dollars. Others claims the UN Security Council gave the US immunity from such lawsuits and was free to lose the money with impunity.