The US involvement in the War in Libya got about $16 million more expensive today, following the news that a MQ-8B Fire Scout drone helicopter was downed over the Libyan city of Zilten. 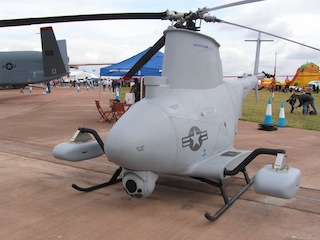 The drone was one of two Fire Scouts deployed by the US Navy aboard the USS Halyburton and officials say it was conducting surveillance over the city. NATO officials say they are unsure why the drone went down, saying there was no information on if it was shot or simply crashed.

Libyan state media initially claimed that the wreckage it found in Zilten was of an Apache attack helicopter, but after officials initially denied that any Apaches were lost they conceded that the drone was.

The loss of the pricey drone is likely to fuel debate over the war, particularly with President Obama claiming that the conflict doesn’t rise to the technical definition of “hostilities” last week.

8 thoughts on “Fire Scout Down: US Loses Surveillance Drone Over Libya”