Highway construction is an extremely dangerous job in Afghanistan. A nation with few decent roads, it has seen a flurry of Western-funded highway projects since the beginning of the NATO occupation in 2001. 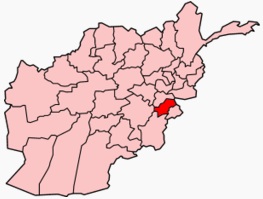 Out in the middle of nowhere with only a small contingent of private security, the crews are ripe for ambushes, as happened Wednesday night in the Paktia Province, where Taliban forces attacked a crew building a highway between Paktia and Khost, killing 35 workers and wounding another 20.

The security guards for the company eventually arrived on the scene and engaged in a multi-hour gunbattle before the Taliban left. The company reported eight Taliban killed in the firefight.

Bordering Pakistan’s tribal areas, the Paktia and Khost Provinces are among the most dangerous places in Afghanistan. Attacks against the road crews are common near the border. Combined with the massive corruption across the nation it is one of the top reasons such roads never seem to be completed.