With French and British officials expressing confidence that they can eventually collect enough support for such a resolution, Russian President Dmitry Medvedev put a major roadblock in the path of a possible anti-Syria resolution in the UN Security Council, ruling out Russian support. 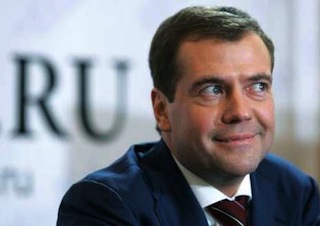 “I will not support such a resolution, even if my friends and allies ask me,” Medvedev insisted. He cited concerns over how a similar resolution against Libya was used as a pretext for a NATO war that has continued for months.

Medvedev did not explicitly state that he would use Russia’s veto power to prevent such a resolution, but the possibility will likely be enough to significantly stall such an effort. Russia abstained in the Libya vote.

Syria has been contending with a major pro-democracy protest movement over the past several weeks, and has repeatedly tried violent crackdowns to stem the rallies. The protests have continued to grow through the crackdowns.